2022. What a year it was. The UK lost its longest standing monarch, JLO and Ben Affleck gave us new inspiration to text our exes, we threw virtual hands for Taylor Swift tickets, Will Smith quite literally did throw hands at the Oscars, and Pete Davidson’s rizz proved it was *yet again* unmatched as he publicly woo-ed both Kim Kardashian and EmRata.

Pop culture aside, it was also quite the year for controversies. In this article, we take a look into the most tone deaf campaigns of the last year, assessing whether brands can amend their mistakes, whether Gen Zers are as stringent on cancel culture as they’re made out to be, and what your brand can learn as a result.

Why do brands fail?

Marketing is a process of experimentation – and as we know, experiments don’t always work. There are many reasons why campaigns fail: lack of audience understanding, poor research, creative differences, to name just a few. This time, we’ll let you be the judge.

So, without further ado…

Remember when RyanAir had a reputation for being the worst short-haul airline in the world? Well, we sort of do – and whilst some will probably still agree with this, there’s no doubt that their branding has had something of a turnaround in the last few years. The game changer? Social media strategy.

RyanAir’s social media strategy is self-deprecating, and deliciously so. Their tone of voice centres on being reactive, controversial and crass: yes, it was audacious to charge you £45 for an extra bag – but we’re adding superimposed eyes to an image of a plane and acknowledging it, so get over it. Their TikTok page is one of the fastest growing accounts on the platform, with almost 2 million followers and 23 million likes to date, whilst their Twitter houses an impressive 600k followers.

However, despite becoming a favourite on the For You Page of Gen Z consumers, RyanAir recently came into hot water for their remarks on young football player Jaden Sancho. After Sancho failed to make the squad for the World Cup, RyanAir tweeted the following:

This is definitely not the most controversial tweet RyanAir have released (remember the jibe at Boris Johnson?), but it did cause outrage – and a lot of it. Many Twitter users replied saying the brand had ‘gone too far’, whilst Gen Z favourite Steven Bartlett blasted RyanAir on LinkedIn, writing that RyanAir ‘have absolutely no class’.

Ouch – wouldn’t hold out for a podcast invite, then.

All jokes aside, this is a strong example of how brands don’t always get it right. RyanAir’s online presence has been amplified by its humorously abrasive tone of voice; and most of the time, users love it. However, topics like sport are entwined heavily with national pride and sentiment. Anything deprecating here won’t resonate with audiences (who are generally very protective of their sporting history). The best kinds of brand marketing around sport, as we saw in several World Cup campaigns, are those that promote cohesivity and pride.

From putting heels on Crocs, selling destroyed trainers for an eye-watering price tag and sending models down the runway carrying leather bin-bags, Balenciaga’s brand has a long history of ‘shockvertising’. Recently, they were embroiled in their worst controversy yet after running an ad campaign with a child model clutching a BDSM-clad teddy bear. Another ad featured background papers describing a Supreme Court decision on child pornography, whilst a third depicted a book in the background about the controversial artist Michael Borremans. The backlash came swiftly, with #CancelBalenciaga trending across Twitter and TikTok, and calls for Balenciaga’s creative director, Demna, to step down.

The brand released multiple apology statements, with creative director Demna Gvasalia writing on his Instagram “It was inappropriate to have kids promote objects that had nothing to do with them”. Brand ambassador Kim Kardashian also came under fire for her association with the brand, to which she also released a statement about taking some time to ‘re-evaluate’ her relationship with Balenciaga.

Think about the most memorable ads you know – were they dull?

Of course not, because advertising would be pointless without attention. A technique used to achieve this memorability is ‘shockvertising’. This sees ads deliberately startling and offending an audience to gain exposure. Initially popularised by brands such as Benetton and Calvin Klein, some have argued Balenciaga’s campaign was an exercise of ‘shockvertising’ gone too far. However, in a world when young consumers are holding brands to account more than ever, it’s a risky strategy.

Balenciaga’s campaign was not only tone deaf and insensitive, but it touched on a topic that should never have been signed off. Balenciaga, as one of the biggest fashion brands in the world, has a social responsibility due to the scale of its platform alone. The campaign prompted wide-scale discourse around what is and isn’t acceptable, with many renouncing the brand and members of the public vandalising their high street stores. Though some have labelled this controversy characteristic of the brand, the recent nature of this scandal means the implications are yet to be seen in full. However, by shouldering some responsibility, we hope that other brands will take note and learn from Balenciaga’s mistakes.

It wouldn’t be a campaign round-up without some sort of scandal from an influencer. This specific and unfortunate event came from 34-year-old influencer Lydia Millen, who sparked backlash across social media after she revealed she was going to stay at the Savoy Hotel because her heating was ‘broken’. TikTok users were inflamed, with many flocking to the platform to share their disgust. Amongst the cost-of-living crisis and many struggling to heat their homes and afford basic necessities, Millen’s video was a reminder of the inequalities of modern Britain, with social media users quick to label it ‘tone deaf’.

Successful influencer marketing to Gen Z requires authenticity. Gen Z, more than ever, are looking for influencers who embody the same values as they do, demanding social responsibility and high moral standards. They’re also the first to call out those who don’t reflect these values, as we saw in the outrage directed at Lydia Millen. However, their outrage is often short-lived; social media moves quickly and even the most momentous of influencer scandals (24 hours in a day, anyone?) lessen with the passage of time.

The World Cup has been surrounded by controversy around workers rights, same-sex relationships and allegations of corruption. Almost everyone has had their say on Qatar’s hosting, with football fans, brands and sports commentators all coming together to renounce the world’s biggest sporting event. One such renouncement came from pub and brewery chain BrewDog. The brand released a scathing statement, writing that football had been ‘dragged through the mud’ by the tournament hosts, accusing them of winning their bid through ‘bribery on an industrial scale’ and declaring themselves the World Cup ‘anti-sponsors’. A strong statement – but was the sentiment actually there?

Well, it appears not. Users on social media were quick to point out that BrewDog would actually be making a profit by selling their beers at bars during the World Cup and would still be screening the games in their pubs. Co-founder at BrewDog James Watt addressed the backlash by writing that BrewDog didn’t want to deny their ‘loyal customers’ the chance to enjoy the games together ‘just because FIFA bizarrely chose to award the World Cup to Qatar in very questionable circumstances’.

We know that Gen Z are likely to engage with brands that are taking an active role in addressing social and environmental issues – but the key to actually gaining this engagement lies in authenticity – something of which it appears BrewDog lacked. Gen Zers accused BrewDog of ‘woke-washing’ due to the hypocrisy of the campaign. Brands looking to take a socially-responsible stance to their marketing must remember that Gen Z aren’t gullible; they’ll react negatively towards any brand that appears to leverage social issues to sell their products.

As we go into 2023, we hope that brands will learn from their past mistakes – publicised partnerships with celebrities and the rise of social media has escalated this onto a higher platform in recent years, and brands have more to lose than ever before. Successful marketing to Gen Z requires genuine sentiment; so avoid woke-washing and hard sells, and most importantly: acknowledge when you get it wrong.

Want more like this? Subscribe to our Weekly Briefing and have the latest insights, research and Gen Z trends delivered to your inbox every week. 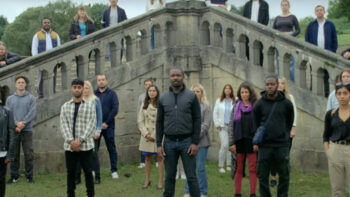