At YMS, our speakers often advise brands that to create a loyal young customer base, they need to stand for something. This pursuit can lead to mixed results, from awkward faux pas to inspiring moments that earn the brand a new level of respect. Here are six major brands who took a risk that definitely paid off.

The most talked-about ad of 2019 has to be Gillette’s ‘We Believe’ campaign. While Gillette wasn’t the first brand to tackle the subject of toxic masculinity, their message had more impact because past campaigns had conveyed a traditional image of gender, including their famous slogan “the best a man can get.” While stories of angry customers flushing their Gillette razors down the toilet went viral on social media, research showed that most viewers had a positive reaction to the ads.

Major brands are typically hesitant to take a political stance, so Nike made a huge statement when they chose to partner with Colin Kaepernick, the footballer who led a protest against racial injustice and police brutality. The protest had been condemned by the NFL and led some Americans to boycott the brand. However, progressive young consumers loved that Nike was standing up for equality.

Budweiser made waves when they used their Super Bowl advertising slot to take a stance on the hot topic of immigration. The commercial told the story of its founder Adolphus Busch, who emigrated to the US from Germany. This was particularly impactful in the context of coming just days after Trump’s executive order banning immigrants from a number of Muslim countries. Although the brand said it wasn’t a response to the executive order, it inserted them into the cultural conversation and won brownie points with young people.

Another brand who were happy to anger Trump supporters was Ben & Jerry’s, who launched a limited-edition Pecan Resist flavour in 2018. In a press release, they said the product was “created with the intention to resist the current administration’s regressive agenda, celebrating the activists who are continuing to resist oppression, harmful environmental practices and injustice.” Combined with their environmental activism and vegan offering, this made Ben & Jerry’s one of the top food brands in our Youth 100 survey.

British bakery chain Greggs is known for its provocative marketing campaigns, which show off their cheeky sense of humour, but some thought they went too far with their Christmas 2017 ad. They were forced to apologise for replacing Jesus with one of their famous sausage rolls in a nativity scene. However, the story went viral across social media and was a hot topic in offices and schools across the country, helping to bolster their reputation as a lighthearted brand unafraid to have fun and take a risk.

Following Budweiser’s lead, T-Mobile also took the Super Bowl as an opportunity to make a political statement, in this case standing up for equal pay for men and women. The campaign made the news when Twitter users complained, with one describing the ad as “overtly political crap,” but T-Mobile were proud to be associated with the issue of gender equality. The company’s CEO explained their choice of message: “T-Mobile has always stood for inclusivity. For equality. And for challenging convention.”

Want to hear more from the biggest, best and most innovative brands out there? Join us at our Youth Marketing Strategy events, where world-class brands take to the stages to discuss all things Gen Z. 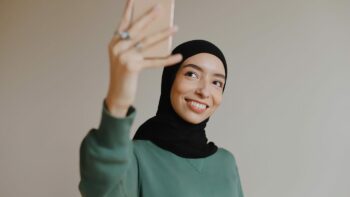 For Gen Z, creators have become an integral part of their online journey, with 64% of American Gen Z consumers... 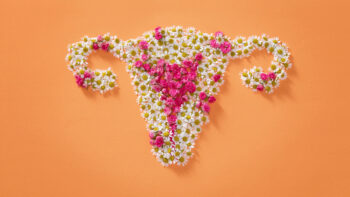 Recently, ex-Miss Universe Olivia Culpo opened up about her struggle with endometriosis, sharing to her 5.5 million followers that she...