Whichever news story is dominating the conversation at any given time, you can count on Gen Z to have a strong yet thoughtful opinion on the topic. In our upcoming Youth Trends Report UK 2021, our youth contributors Josh, Esther, and Rosaleen take on some of the most important issues of the moment. Below, we’ve shared their reactions to a few of the controversies and talking points of 2021 so far.

British influencers have been in hot water lately after several reality TV stars and Instagrammers were exposed for spending lockdown in Dubai, claiming to be there for essential work purposes – a claim that was quickly debunked and mocked by others on social media. How does Gen Z view their behaviour?

Josh Akapo, 23, said: “The need for travel to post a lovely lifestyle for brands to sponsor was all fun at first but looks increasingly irresponsible during a global pandemic. What did it for me was when lockdown 3 was announced and all the influencer models flew off to Dubai to bask in the sun as the UK was experiencing the very worst of this pandemic to date. I had to ask myself: how are these people influencing others?”

Esther Akpovi, 21, added that she believes the majority of influencers are making careful decisions about how they behave during the pandemic: “Cancel culture means people are held accountable to their views on social media. This means influencers are much more careful of what they post and are intentional with their content whilst also spreading awareness of things happening across the world.”

For influencers and brands, posting activist content has become fashionable on social media, and over the past year we’ve seen a proliferation of stylish infographics conveying information about topical issues, especially on Instagram. Naturally sceptical, Gen Z are questioning whether these posts are genuine or simply bandwagon-jumping. They want to see brands and creators backing up these messages with real, effective action.

Josh explained: “What brands are getting wrong is the way in which they’re attempting to be diverse. It’s not as simple as creating an infographic supporting the literal phrase ‘Black Lives Matter’ when your brand thrives off inequality, for example fashion brands’ complicity in the forced slavery of Uighur Muslim groups in China. Many younger consumers are now saying: enough is enough, you cannot be both promoting diversity and complicit in exploitation!”

In light of the Black Lives Matter movement and a growing consciousness of diverse representation in the advertising industry, some consumers have criticised brands for being “too woke.” For example, Sainsbury’s was accused of failing to represent the typical British experience when their 2020 Christmas ad featured a Black family. However, our Gen Z panel disagreed with these commenters.

Rosaleen Tite Ahern, 18, said: “Brands have really gone full force for diversity in the past year. I can see why people feel like they’re seeing a lot of change too quickly, and to be honest, in terms of the country as a whole, the majority of people are straight, white, cisgendered, and do not have any disabilities. However, I believe most of the criticism has come from a place of prejudice, and the critics are people who have been so used to only seeing themselves represented, they see it as an infringement on their rights if that changes. I think the Sainsbury’s advert was a good and healthy thing for this country.”

As we look ahead to a post-pandemic era, many are predicting the next few years could see young people compensating for the experiences they missed out on. While Gen Z does value experiences, their priorities are different to past generations of youth, so rather than pursuing a wild, hedonistic lifestyle, our research suggests they are more likely to use their freedom to travel the world, try new things, and make up for lost progress towards their personal goals.

According to Rosaleen: “It’s really hard to tell what the impact of all this will be. Whilst I have enjoyed living a less busy life, I can see a ‘roaring 20s’ type situation, where young people just go completely wild. I can see some young people might feel angry, and cheated of their coming of age moments. However, from my experience, the ones who really cared about parties have all been going since they were 15, and the ones who didn’t but wanted to start, still have the rest of their twenties to get into that scene. Two years won’t make the huge difference everyone is saying.”

Hear more from our youth contributors in our Youth Trends Report, exclusively to Voxburner+ subscribers. 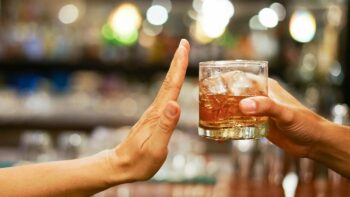