Welcome to our Voxburner’s Inspiring Young People series, a blog series in which we share the stories of five of the most inspiring young people in the UK right now. Whether it’s someone who’s going good in the world, an up-and-coming entrepreneur or just someone who deserves to be shouted about, we’ll be celebrating the young people who are driving this generation. This week’s inspiring young person is Alice Jackson.

Alice is a writer, producer and activist who studied history at the University of Edinburgh and co-founded the community group, Strut Safe. Alongside this, Alice is an Outreach Director at CERT, lobbying for contraceptive reform and working for better sex and contraceptive education, and works with the Edinburgh Rape Crisis Centre.

Today we’ll be celebrating Alice’s work with Strut Safe, a phone support line she co-founded with another Edinburgh graduate, Rachel Chung, in response to the murder of Sarah Everard in March 2021.

What does Alice do?

In March 2021, 33-year-old Sarah Everard was tragically murdered in London whilst walking home. Not only did Sarah’s death, alongside the countless murders of many other women across the country in recent year, upset and anger thousands of people across the UK, but it also inspired many to fight back and take a stand. One of these people was Alice, who, alongside her co-founded Rachel, founded Strut Safe. As they write on their website: ‘We were once again reminded that there is much to be done to dismantle systemic violence against women and other marginalised groups.’

Strut Safe ensures that young people, particularly women and non-binary people, are safe when walking around at night. Strut Safe has volunteers across the UK who take phone calls from young people and stay on the line with them until they’re home and through the door. The community also used to run a walk-home service in Edinburgh (where Alice is based), but due to high demand, they have since decided to focus their energy solely on their phone service. Strut Safe’s lines are open on Friday, Saturday and Sunday nights every week.

Through to her work with Strut Safe and determination to protect and uphold the rights of women, Alice has met with Members of Scottish Parliament to discuss the issues at hand, has appeared in a BBC documentary entitled ‘Am I Safe on Campus?’ and was also listed as one of the Evening Standard’s 22 activists for International Women’s Day.

Why does Alice inspire us?

Alice and her co-founder Rachel took a stand and are actively fighting against the assault, harassment and murders of women across the UK. Not only is Alice helping to keep hundreds of young people across the country safe, but she’s also an embodiment of Gen Z values: she’s passionate, empathetic, inspiring and not afraid to stand up for what is right. It has, unfortunately, fallen to young people and women to protect themselves and one another, and Alice is stepping up to this responsibility and actively making a difference.

A word from Alice…

“Support from voices and organisations that have a platform is so vital in bringing this issue to people’s attention and for Strut Safe, our biggest priority is ensuring people know about our service so they can rely on us if and when they need to.

It takes all of us working together to create a future and achieve a society free from violence and a huge part of that is the work of young people. We are that future. However, so much of the societal influences that lead to the perpetration of violence begin at such a young age. As young people ourselves, many of us are aware of these influences and can recognise how they are affecting our peers and the next generation. While this can be very concerning, recognising this as an issue is really important. It means that we can move forward, not just dismantling the outdated structures and ideas of the past, but securing our own and the next generation’s path.”

Want more like this? Sign up to our free Weekly Briefing newsletter for all the latest Gen Z insights straight to your inbox. 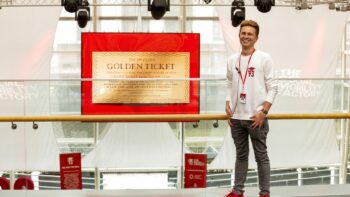 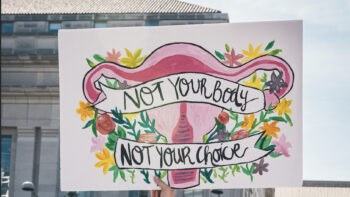 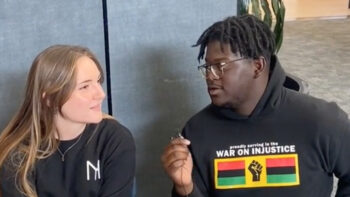 Trend Alert introduces you to the latest trends that are impacting the daily lives of 16-24s. A group of college...