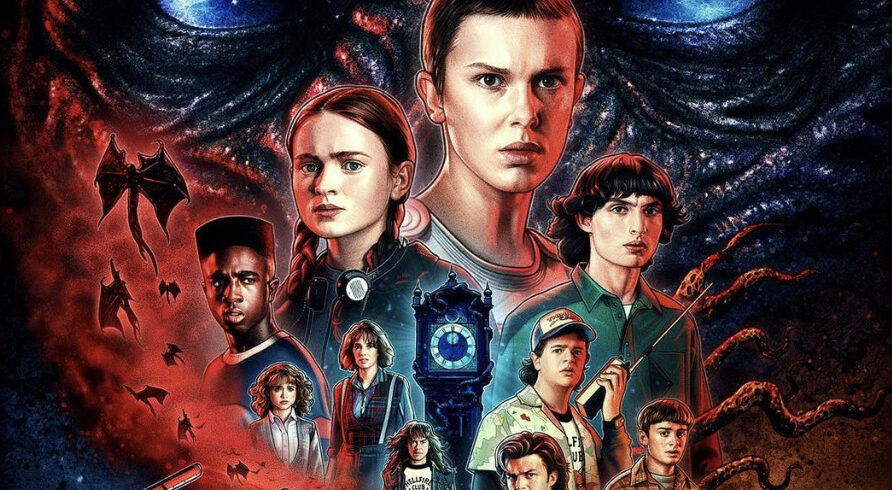 Stranger Things is without a doubt one of the most, if not the most, popular series Netflix has ever created, with all four seasons of the show making it into Netflix’s Top 5 titles at some point. The show came out in 2016 with its first season and is now onto its fourth, which just recently hit the streaming platform this summer. Throughout the six years that it’s been on the air, it’s grown massively in popularity – according to one source, the show helped to bring Netflix’s subscriber count to 158.33 million.  Stranger Things has fans all around the world who have gotten the show to the point of success it is at today. By why is the show such a hit with Gen Z and what can you learn from it?

What’s the show about?

The show takes place in a small fictional town in Indiana called Hawkins. The plot of the show revolves around a group of adventurous young kids who ride their bikes around town trying to locate their missing friend, during which they meet and befriend a young girl who happens to have telekinetic powers. The young girl is able to move objects with her mind which comes in handy during situations throughout the show. The children encounter several dangerous creatures who involve them in inter-dimensional travel.

Why is it that Stranger Things is so popular with Gen Zers?

There are several reasons why young people love the show so much. Seasons one, two, and three of the series were available on Netflix during the COVID-19 pandemic when Gen Z (and everyone else!) was looking for an escape from reality, and for something to pass their time. The show is also comprised of a set of incredibly young talented actors who viewers have quite literally gotten to watch grow up throughout the seasons. Actors Finn Wolfard, Millie Bobby Brown, Noah Schnapp, Caleb McLaughlin, Gaten Materazzo were just children when the show started, and have now grown into mature young adults throughout the seasons – Gen Z viewers will undoubtedly feel a certain connection to these actors because they have gotten to be a part of their journey to adulthood. It also helps that the show is filled with notable adult actors like Winona Ryder and David Harbour!

Another reason for the show’s popularity? It allows Gen Zers a chance to go back to a different time in pop culture. This generation is always interested in the cultures of other generations and like the feeling of nostalgia that these eras bring – this want for a different time can be seen with the comeback of Y2K fashion recently. Over the past years, thanks to platforms like TikTok, we have witnessed the return of many Y2K fashion trends like micro-mini skirts, low-rise jeans, and trucker hats, and Voxburner found that 58% of Gen Zers are aware of the Y2K social media trend.

The same desire can be seen for the ‘80’s because of Stranger Things. Gen Z today is quite divided over beliefs and ideas, but the 80’s takes them back to a simpler time of big hair and mixtapes, with the show taking viewers  into a dreamy, retro world filled with grunge aesthetics. And this doesn’t just stop at fashion – Kate Bush’s 1985 song Running Up That Hill (A Deal With God) has climbed to the top of the transatlantic charts thanks to the show. The song started trending on TikTok with the release of the fourth season Stranger Things, and has since been dominating radio stations across the US and UK. Kate Bush even appeared on BBC Radio’s Woman’s Hour to comment on the song’s impressive climb – a real rarity for this artist..The popularity of the song shows how powerful Stranger Things is as a show and the impact it has on wider culture.

And finally – what can you learn from Gen Z’s obsession with Stranger Things?

There’s no doubt about it: sex in marketing grabs attention. In fact, many brands have used sex in their advertising...