Welcome to Campaign of the Week, where we explore some of the freshest and most exciting campaigns from the brands that are engaging their Gen Z audience and catching our attention every week. Today we’re looking at Stand Up To Cancer’s campaign from October 2021, The Moment You Stand.

A well-known non-profit organisation, Stand Up To Cancer works tirelessly to bring the newest and best treatments to cancer patients by bringing together the best minds in the field to collaborate and innovate. The charity raises money in a number of ways, be that promotional campaigns (as we’ll be discussing here), TV specials (think Great Stand Up To Cancer Bake Off) or events. In October last year, they released their campaign The Moment You Stand Up, which features a number of famous faces from British TV and aimed to raise awareness and encourage donations.

The short film was produced by marketing agency Nonsense, and is an emotive and powerful campaign featuring a star-studded cast, all of whom have been personally affected by cancer. The film follows everyone from cancer patients to medical staff, and reflects on how standing up ‘builds communities, changes history and shapes the future.’

The famous faces include Selma actor David Oyelowo, Dame Harriet Walter, Jason Watkins and Amy Conroy (a Team GB Paralympian who lost her leg to bone cancer when she was younger). As well as resonating with Gen Z due to the nature of the campaign, the diverse cast will also be acknowledged and appreciated by the generation.

Martin Rogers, Partner at Nonsense, said: “Standing up is a simple act. But equally so powerful that it can help save lives. We wanted this short film to capture that idea in a truly credible way – by working with amazing talent whose lives have all been affected by cancer.” Similarly, Simon Harrison, Head of Fundraising Campaigns at Cancer Research UK, said: “The public have always responded so generously to Stand Up To Cancer and we are delighted to be able to mark our 2021 fundraising campaign with such an emotive film.”

The campaign appeared on TV screens across the UK, as well as on social media.

It’s emotive, simple and powerful. This diverse cast really ingrains the idea that cancer affects anyone, and also highlights the absolute importance of the care givers and medical staff who support those along their journeys. By using famous faces who been impacted the disease, the film has a lingering and shocking impact. Gen Z understand just as much as anyone else how important non-profits and charitable giving are, and this short film only furthers that.

Check out the campaign below and let us know your thoughts in the comments.

﻿Want more like this? Subscribe to our newsletter for weekly updates on the latest youth trends direct to your email inbox.

[Cover image 📷: Screenshot from The Moment You Stand Up campaign] 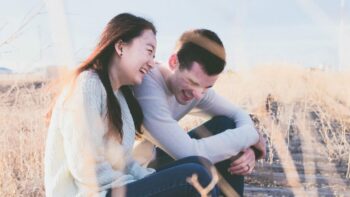