One of the reasons Gen Z are drawn to platforms such as Instagram and TikTok over Facebook is the ability to have multiple accounts reflecting different sides of their lives and personalities. As they work out who they want to be as adults, it’s important to be able to express their individuality and experiment with different identities. In some cases, they may want to hide certain aspects of themselves from family, employers or teachers. Other times, even their friends aren’t privy to their secret accounts, allowing them to try out new personas in front of an audience of strangers, or explore interests they may not feel comfortable sharing more publicly.

This trend can also be seen among some of Gen Z’s biggest influencers. For example, Charli D’Amelio has created multiple extra TikTok accounts, in addition to her main account (the largest on the platform, with 118 million followers). In 2020, she created a new account under the name Barley D’Amelio. Despite the fact that she only posted to this account for a couple of days last June, it currently has almost 5 million followers. In August, a second Barley account appeared, which has since been deleted. And in May this year, she pulled the same trick again, posting for a few days as @user4350486101671 – and amassing over 10 million followers in the process.

With no photo or bio and an automatically-generated name, Charli’s latest account has been described as a “burner account” – a concept similar to the burner phone, intended for temporary and anonymous use. Of course, for a star as big as Charli, it’s impossible to remain anonymous on the platform where she’s most famous, but what’s interesting is that she uses these throwaway accounts in a very similar way to the typical teen. In fact, many of Charli’s fans have praised the content on these channels for being more authentic than the posts on her main account. Like any other 17-year-old, she values the freedom of starting afresh, away from the pressure of keeping her main feed perfect.

In one of our Youth Trends Reports, we wrote about the “free to be me” trend, and how much young people appreciate the space to be creative and express their individuality. Our research found that 85% of UK 16-24s say being themself is more important than fitting in. As such, they value brands that celebrate individuality and empower their customers to be themselves. Some of the top examples our survey panel gave included Nike and TikTok. You can read more about this in the report, available exclusively via Voxburner+. 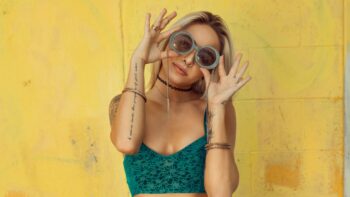